Title: The Influence of Tourism on the Subjective Wellbeing of Host Communities
Date: Wednesday June 25, 2008 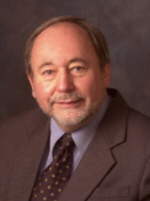 Professor Robert A. Cummins has held a Personal Chair in Psychology at Deakin University since 1997. He has published widely on the topic of Quality of Life and is regarded as an international authority in this area. He is a Fellow of the International Society for Quality-of-Life Studies and the Australian Psychological Society. He is on the editorial board of eight Journals and is Editor-in-Chief of the Journal of Happiness Studies.

Depending on prior circumstances within the host community and the nature of the experiences being offered, tourism may deliver either net benefit or harm. As a global indicator of such balance at the level of the whole community, Subjective Wellbeing (SWB) is a sensitive indicator. However, the effective use of SWB for this purpose depends on understanding its nature, as a psychologically managed, normal, positive mood state. It is managed around a ‘set-point’, which is genetically determined, with the aim of keeping people feeling positive. The management system is called Subjective Wellbeing Homeostasis and its purpose is to keep the perception of SWB stable and positive, even though the person may be experiencing stress and anxiety. This is why SWB measurement usually reveals considerable resilience within the measured population. Due to homeostasis, increasing levels of stress will not decrease SWB until the level of challenge exceeds the threshold of the homeostatic system.

This also explains why SWB measurement is such an important diagnostic tool. SWB data that lie below the normal range reveal homeostatic failure, which is associated with a felt loss of positive affect and a high probability of depression. Consequently, the measurement of SWB within host populations will allow the detection of clinically important change, either positive or negative, as a consequence of tourism activity. 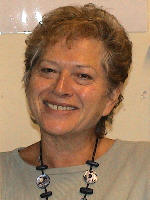 Tricia Barnett has been director of Tourism Concern, the UK-based charity that campaigns for ethical and fairly-traded tourism, since 1991. She has an MA in Anthropology and Sociology of Travel and Tourism, and has travelled the world, working as a social worker, as a trade union activist, with her work on newspapers and being an anthropologist. She has spoken in places as diverse as the UN, at the European Union and schools and churches. Tricia Barnett won international recognition in 2004 for the Greatest Contribution by a Person for Responsible Tourism, by the Responsible Tourism Awards.

When we think about quality of life in relation to tourism, we like to think about local distinctiveness, a respectful and fair exchange between tourist and host communities and respect for the environment. Yet, while it is vital to focus on these as aspects of wellbeing, Tourism Concern considers it imperative to contextualise tourism in its globalised framework. Without taking into account issues of ownership and land and those who are investing in land and development, it is not possible to guarantee the sustainability and wellbeing of communities involved with tourism. Only too often power relations play a significant role in preventing the development of a healthy balance in the management of tourism. There is some good practice, but why is it still marginalised? This presentation will draw on the work of the speaker and Tourism Concern to present examples of where tourism has, and has not contributed to wellbeing.